Tulay Sagkal Midilli, RN, PhD and Ismet Eser, RN, PhD conducted a study in which they examined the effects of Reiki therapy on patient’s pain and anxiety after a cesarean section. The study consisted of an experimental group of women post-cesarean section who received Reiki therapy and a control group of women post-cesarean section who did not receive Reiki therapy. The scientists hypothesized that the women in the Reiki therapy group would have decreased pain intensity, reduced anxiety, different hemodynamic (blood flow to organs and tissues within the body) parameters, and less analgesic (pain reliever) need compared to their counterparts in the control group.

Typically, after a cesarean section, as with any operation, there is pain associated with the area of operation. Especially after giving birth however, it is pertinent that the pain of the mother be reduced in order for her to effectively care for and nurse her newborn. Pain triggers a response from the sympathetic nervous system (the part of the body that generates a fight or flight response) which includes an increase in heart rate, blood pressure, and sweat production. Thus, in order to counteract the pain responses, the scientists sought to use Reiki therapy, which is defined as “an ancient Japanese form of hands-on healing used to reduce pain and anxiety” by the National Center of Complementary and Alternative Medicine.

90 patients were utilized in this study. 45 of which were in the experimental group while the other 45 were in the control group. Since the pain post-cesarean section is most prominent within 24 to 48 hours after the operation, the treatments were applied to the patients for 30 minutes during those time ranges. Those who were in the experimental group received Reiki therapy to 10 different regions or chakras of the body for 3 minutes each, while those in the control group rested for 30 minutes. 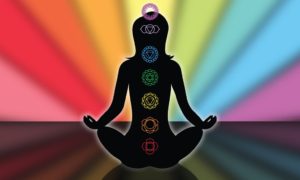 VAS (pain intensity measurement), SAI (anxiety intensity measurement), and hemodynamic parameters (blood pressure, breathing rate, pulse rate) were measured before and after the treatment, and the number of analgesics needed was recorded at the end of the patient’s stay. The scientists found that both pain intensity and anxiety were significantly decreased from before the Reiki therapy and differed from the control group who received no Reiki therapy. They also found that the Reiki group needed fewer analgesics compared to their counterparts. They did not find any difference between pulse rate and blood pressure after the therapy though.

Ultimately, Midilli and Eser concluded that Reiki therapy does in fact reduce pain and anxiety after a cesarean section. It provokes calmness, relaxation, and peace within the patient. With the reduced pain comes more time for the new mother to bond with her newborn and provide effective care and attention.