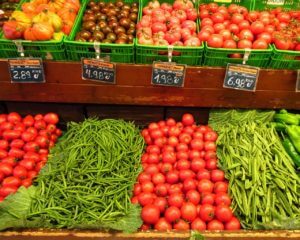 A group of researchers in Spain conducted a study to determine if there is a relationship between SGA (small for gestational age newborns) and Maternal consumption of legumes, fruits, and vegetables. SGA is defined as when an infant is born with a birthweight below the 10th percentile according to a customized growth chart. SGA is associated with higher infant mortality in addition to physical, psychological and social health problems. SGA can be familial but is most commonly caused by lack of maternal education, income, smoking, BMI, low weight gain during pregnancy, diseases during pregnancy, previous low birthweights, and preterm delivery. Additionally, Maternal Diet is believed to not only play a role in SGA risk factors, as well as gestational diabetes, pregnancy-induced hypertension, preterm birth, and IUGR (intrauterine fetal growth restriction).

This study took place in Spain, where the diet consists of high legume consumption. There were 533 cases from 5 separate hospitals that were studied in which it was required that the woman gave birth to one live newborn that has been diagnosed with SGA and lacks congenital abnormalities. The control that was used to compare their data was women who gave birth to an infant with an appropriate gestational weight. The researchers took many aspects of the women’s lives into consideration including: vital data, obstetric history, previous adverse pre and post-natal outcomes, conditions during pregnancy, birth weight, prescriptions taken during pregnancy, smoking and alcohol consumption, and prenatal care. 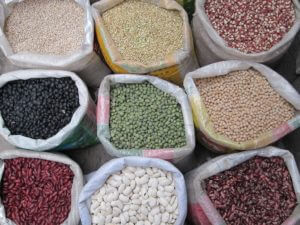 It was determined that the higher the legume intake, in this instance kidney beans specifically, resulted in a lower SGA risk. Similarly, consuming more than 420 grams of fruit per day (melon showed the most results) compared to less than 121 grams per day resulted in a lower risk. This specific study did not determine a relationship between consumption of vegetables and SGA, but they did find a relationship specifically with asparagus, garlic, and green beans, all of which have high contents of selenium.

Regarding selenium as a whole, the intake of more than 60 micrograms of selenium was found to be beneficial. As a result, it has been observed that the less selenium that is consumed, the higher the risk for SGA is. Thus, consuming fruits, vegetables, and legumes high in selenium content, is likely to reduce the risk of small gestation age upon birth.