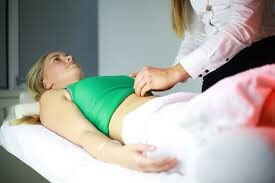 Scientists in China performed a study on a 27-year-old woman in 2013 who was suffering from premature ovarian failure (POF) to see if acupuncture would alter her diagnosis. With the use of acupuncture, they were able to restore her menstrual cycles and she even had a successful spontaneous pregnancy.

POF, being menopausal before the age of 40, is quite common among women. In fact, it is found in “1% of women under 40 years and 0.1% of women under 30 years” (Yaqian et al., 2018). Most often the causes are related to X chromosome abnormalities, follicle-stimulating hormone receptor gene polymorphisms, inhibin B mutations, enzyme deficiencies and autoimmune disease. It can occur naturally or from iatrogenic factors, like medical procedures or exams. 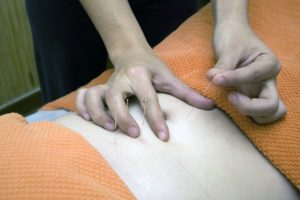 In 2013, upon initial visitation, the woman had amenorrhea (abnormal absence of menstruation) and infertility. Her history included an abortion operation which resulted in oligo menorrhea (infrequent menstrual periods) in 2010, and in 2011 she had amenorrhea. Prior to her visit to the acupuncturists, the patient tried traditional Chinese medicine, hormone replacement therapy, and considered assisted reproductive technology to aide her in getting pregnant. The symptoms the patient reported upon visiting the clinic were fatigue, hot flashes, night sweats, loss of libido, cold, low-back-pain, and poor sleep.  She was diagnosed with secondary amenorrhea (loss of regular messes for 3 months or loss of irregular messes for 6 months), premature ovarian failure, and primary infertility.

Specific areas on the patient’s body were targeted in order to achieve optimal results. Each needle was placed in a specific place in order to treat the cause. The placement was determined by Professor FANG Yi-gong who “believes that three major causes of POF are kidney essence insufficiency, disharmony of the thoroughfare vessel and conception vessel, and abnormal emotional activities” (Yaqian, et al., 2018). The locations for acupuncture are as follows: CV 4 as the source of vitality; ST 25 for irregular menstruation; KI12, BL23, BL32, and LR3 to regulate the kidneys; GV20, GV24, and GB14 to relieve sleep disorders; ST36 and CV12 to reinforce the body; and BL32 to stimulate sacral nerves.

The acupuncture treatment occurred 3 times a week, every other day and was supplemented with a light diet and exercise. After one month, the patient’s previously reported symptoms had decreased. After three months, the patient took hormones for a month and then began menstruating again in January 2014. In September 2014, the patient had a spontaneous pregnancy and gave birth to a healthy baby boy June 2015.

As indicated by the results of this study, acupuncture can improve ovarian functions, up to the point of regained menstruations and even pregnancy. The researchers claim that seeking out acupuncture therapy early upon POF diagnosis is likely to bear more profitable results, and if possible to pair acupuncture with assisted reproductive technology.