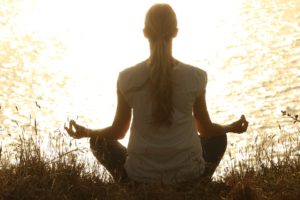 With increased fetal health comes a decrease in issues related to cognitive functioning and behavior. Oftentimes, the health of the mother can influence the state of fetal health. An infant with a mother who is depressed or anxious during pregnancy can be prone to emotional problems or have reduced immunity. Additionally, psychiatric disorders have been linked to prematurity. Thus, Ka Po Chan of The Buddhist Institute of Enlightenment conducted a study to determine if prenatal meditation influenced infant behaviors after birth.

Based off of the data, Ka Po Chan concluded that singing, a thirteen-minute relaxation audio program, and yoga and massage therapy offered beneficial results both for mother and baby. There was an increase in cortisol level in the experimental group which is likely due to the fact that the fetus was living in a less stressful environment that their counterparts in the control group. Similarly, the experimental group revealed an increase in temperament in the babies. Thus, it can be concluded that EBMI offers positive benefits to maternal and fetal health.