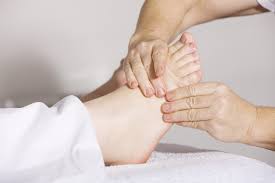 Complementary and alternative medicine is becoming a more popular treatment for pregnant women. In fact, it has been found that “in America 69% of women are using CAM, in the United Kingdom 57%, and in Germany 51%” and 73% in Australia (R. L. Bowman et al, 2018, 82). With its increased popularity, the researcher from University of Canberra, Australia wondered why women seek CAM intervention. The researchers conducted a meta-synthesis in which they collected various studies containing qualitative data and attempted to come to a resulting conclusion based off of all the findings.

The researchers intended to “explore the perceptions, motivations, experiences and decision-making of pregnant women with regard to their use of CAM during their pregnancy.” They wanted to know what women think of CAM, why they choose it, and how they felt after receiving it. Six studies were selected for the meta-synthesis and the researchers found three overarching cluster themes among the articles: self-determination, natural and safe leads to highly desired natural and safe childbirth, and close affiliation with CAM and Cam practitioners. 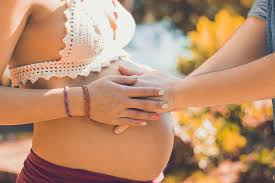 Pregnant women sought CAM intervention because it makes them feel like they have control over their bodies. They are able to make decisions regarding their own personal health and that of their unborn child. Oftentimes, women feel vulnerable during pregnancy, and having jurisdiction over their bodies reduces this feeling and makes them feel more secure. Many women also expressed the desire to have a natural birth. One of the studies included in the meta-synthesis expresses that it is common for people to assume that natural is the same is safe, but that is not always the case. It is likely that women felt CAM to be safer than Western medicine. As for the affiliation with CAM and its practitioners, women felt comfortable with the practitioners as they went to more sessions with them. The women felt they could talk about their worries and issues with their pregnancy and feel heard and understood.

The researchers wanted to determine why women seek out CAM intervention, and they discovered that it mainly related to the fact that the women desired to make active decisions about their pregnancy. It is through CAM intervention that pregnant women feel that they have more control over their bodies. They feel that they are doing the most natural thing to aide their pregnancy, while also having someone to listen to their thoughts and feelings.  Resources: Bowman, R. L., Davis, D. L., Ferguson, S., & Taylor, J. (2018). Womens motivation, perception and experience of complementary and alternative medicine in pregnancy: A meta-synthesis. Midwifery, 59, 81–87. doi: 10.1016/j.midw.2017.11.007