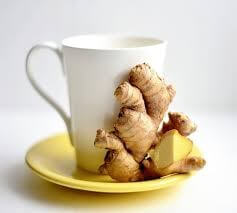 Approximately 80% of women will experience nausea and vomiting during pregnancy. This is likely due to the fluctuation of hormones. Typically, the symptoms present themselves around week 4 and persist until the end of the pregnancy, but often minimize around week 12 (when the placenta implants and takes over hormone production from the ovary). Although nausea and vomiting during pregnancy have been linked to better fetal outcomes (ie high levels of progesterone), the symptoms compromise women physically, psychologically, and socially. Thus, it is important to manage the nausea and vomiting not only for the comfort of the mother but also to decrease risks to the fetus that are associated with fluid dehydration and nutrient deficiency.

The most commonly recommended way to treat nausea and vomiting is a change in diet and behavior. Eating small frequent meals, incorporating dry carbohydrates in between meals, increasing protein intake before bed, and decreasing the consumption of fatty foods are all dietary changes that can decrease the effects of nausea and vomiting.

Antiemetic (anti-vomiting) pharmaceuticals can be recommended, but sometimes such drugs are not regulated by the FDA. Another option, vitamin B6, has been found to be effective at reducing nausea and vomiting. 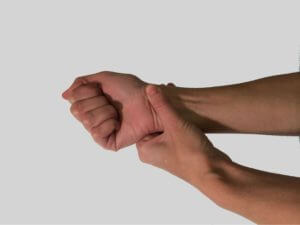 Regarding complementary therapies, acupressure and ginger have been found to be two of the most effective. Acupressure is similar to acupuncture without the needles and simply relies on touch to stimulate the area. The area of the body associated with nausea is the P6 or the Nei Guan (easily accomplished by wearing “sea-sick wrist-bands”. The consumption of ginger, whether it be freshly grated, in a tea or soda, or in pill form, has also been found to be safe and effective. Other forms of complementary treatments include chamomile, lemon oil, mint oil, peppermint, and raspberry tea, but the data is not as strong as those of acupressure and ginger – and Red Raspberry Leaf can be recommended as a Third Trimester only herbal tea with its association of cervical ripening.

Managing nausea and vomiting during pregnancy may be difficult, but utilizing complementary alternatives can prove to be of benefit. Dietary changes, vitamin B6, acupressure, and ginger all prove to be effective at managing nausea which is for the benefit of both mother and baby.