WHO WE ARE – THE BACKSTORY 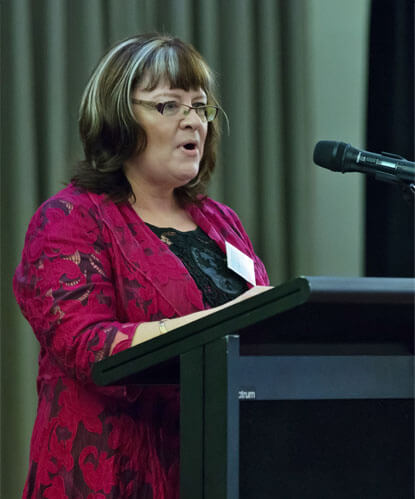 In 2013 a self-employed case-loading New Zealand midwife, Kathy Fray, applied to skincare giant Bio-Oil for a grant to create a first symposium for professionals from across all aspects of maternity health. Kathy had always felt an enormous need for better integration of Maternity Health knowledge and communication between the allopathic mainstream medical disease-care system, and the naturopathic holistic traditional wellness-care modalities. (For those unaware, New Zealand has the international reputation as providing the best Maternity Healthcare system on the planet, led by holistic midwifery care, and supported by cutting-edge obstetric medicine. So, it is of no surprise the interchangeable terms Integrative Maternity HealthCare and Perinatal Integrative Medicine were first coined by this kiwi midwife.)

In May 2015, called SOMCANZ [Symposium of Maternity Carers Australia & NZ], this world’s first new-millennium inaugural international conference was held in Auckland New Zealand. Sponsorship sold out, wonderful numbers of delegates registered, major international speakers attended including the midwifery goddess Elizabeth Davis, and the world-renown maternity anthropologist Prof Robbie Davis-Floyd. The plenary keynote speakers were phenomenal. The concurrent break-out speakers were fascinating. It was without any doubt, an enormous undertaking and an enormous success. Feedback on the day was off the charts!.

In April 2016 SOMCANZ trialled a professional alignment with AIMA (Australasian Integrative Medicine Assoc) to feature a few maternity-related speakers at their annual Conference in Auckland. And a new collegial relationship was successfully formed.

In April 2017 the first truly amalgamated joint AIMA-SOMCANZ conference was held, again in Auckland, NZ. And although it was an absolute privilege, on both that year and the previous year, to work alongside our esteemed general medical colleagues, it became obvious the Maternity aspect of Integrative Medicine requires its own dedicated regular global summits.

With the growing worldwide women-led demand for better access to ‘wholistic’ healthcare, by 2018 the writing was clearly on the wall: SOMCANZ was re-named IIMHCO [International Integrative Maternity HealthCare Organization], and so began its role as global thought-leaders influencing the progression of holistic maternal/fetal/neonatal wellness, and plans began for a second dedicated global summit in late 2019.

However, by mid 2019, it became increasingly evident that the public – the Women themselves as potential consumers of maternity integrative healthcare – also wanted direct access to learning the latest from the world’s leading perinatal wellness specialist experts. So, the decision was made to postpone and reformat the 2019 conference into a health professional & consumer expo called the Maternity Natural Health Symposium, on Sunday 22nd March 2020, with clinician workshops for Health Professionals to be held on the Monday 23rd March.

Five days out, with enormous disappointment, this pioneering event was postponed due to COVID-19. Currently the replacement date is yet to be confirmed awaiting pandemic decline, and the dedicated volunteer team at IIMHCO are actively working on various ways to adapt and evolve IIMHCO to meet the world’s new needs.